As I’ve mentioned before, the Doctor, being a time traveller, is not out of place on any garden railway in any period… indeed, one of the consequences of time travel is that there may be several of him. I mentioned on the email that after I’d printed a John Hurt that I’d discovered the Eaglemoss figurines are 1/21 scale and I picked up a few for around a fiver each – which is remarkable given they are painted and actually pretty close to 1/19 scale, extremely well detailed and very nicely finished. Unfortunately, for those whose railways are out of bounds to Time Lords, it may not be easy to convert them to ‘regular’ people as they are cast from a rather brittle resin (the Doctor has lost his head already in a couple of his incarnations). I would also recommend cutting the figures from their pedestals with a razor saw rather than trying to prize them out… I managed the latter only once without damaging some shoes.

Anyway, here, then, are the telesnaps from Doctor Who and the Easter of Doom:

The Doctor, fresh from space-sailing with The Eternals, pays a visit to the Moel Rhos railway in the 1950s, where he pays his respect to The Easter Bunny. 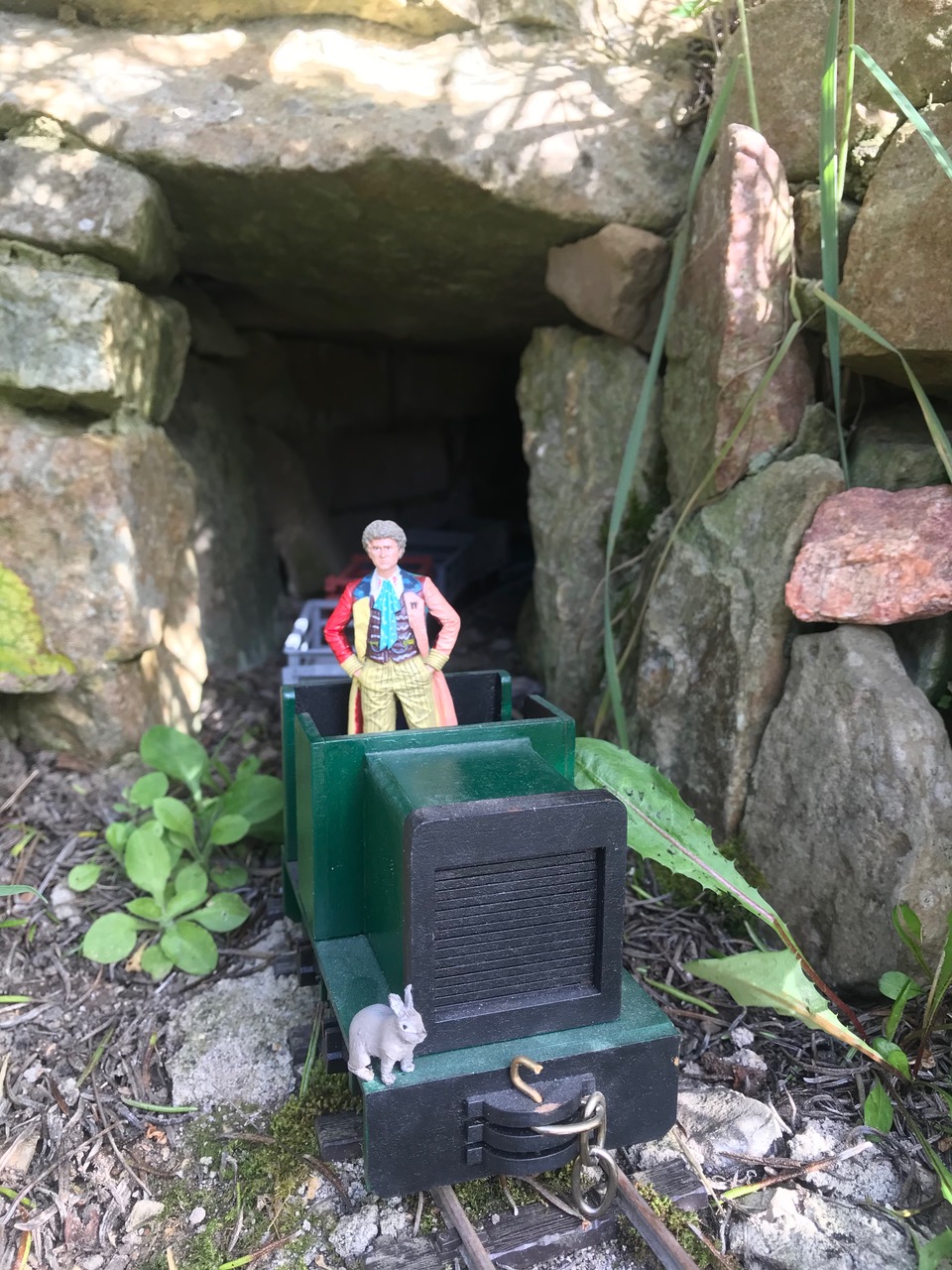 Some time later, and looking a little different after his misadventure on Androzani Minor, he takes a break on the Moel Rhos after exposing the Zeiton-7 scandal. Naturally, he wants to drive himself… 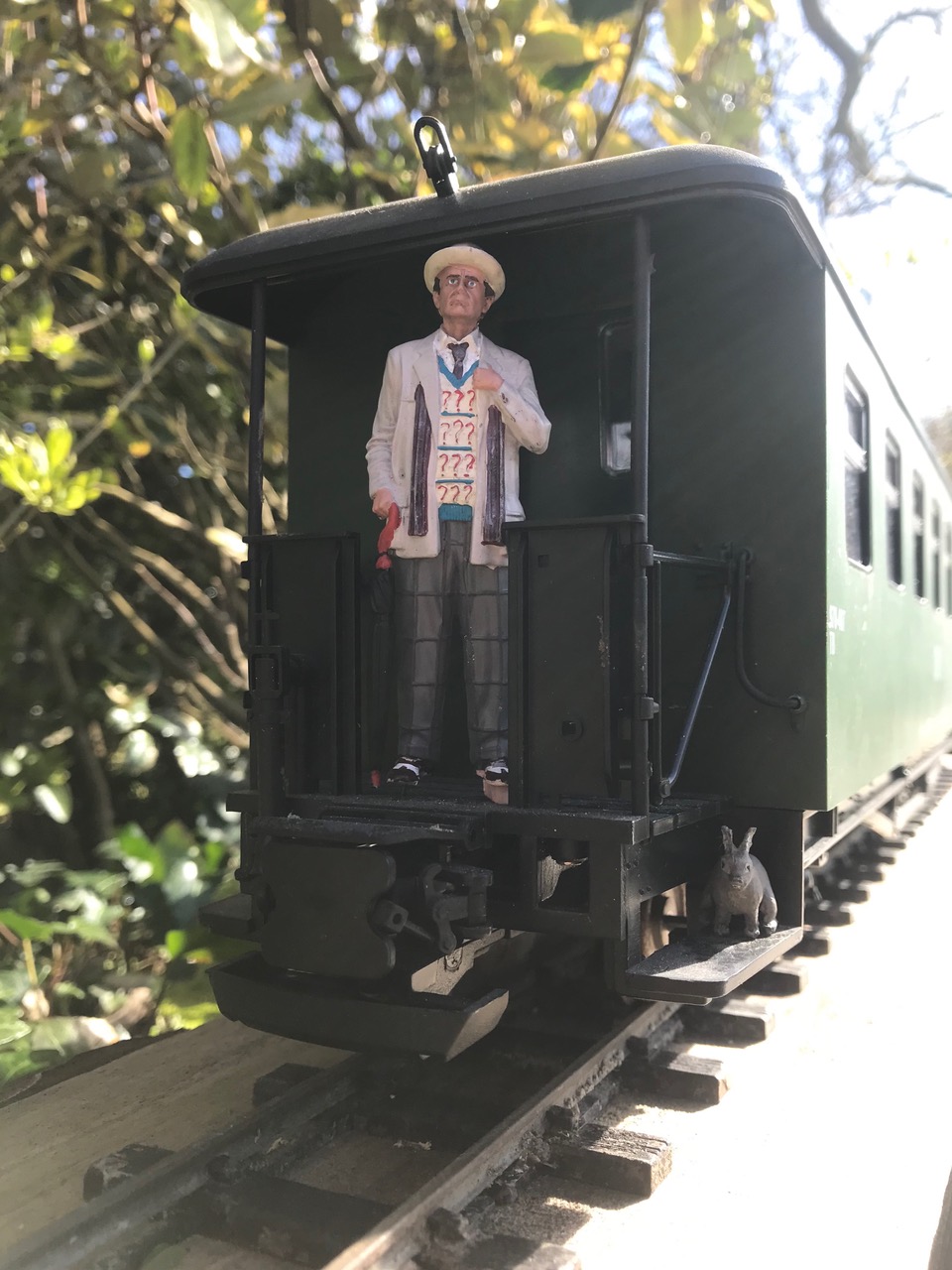 Later still, and with a different face following the Rani’s attempt to create a time manipulator, the Doctor pays another visit to the Moel Rhos when he finds himself in South Wales in the 50s on a holiday he won thanks to being the tenth billionth customer at Navarino Spaceport. 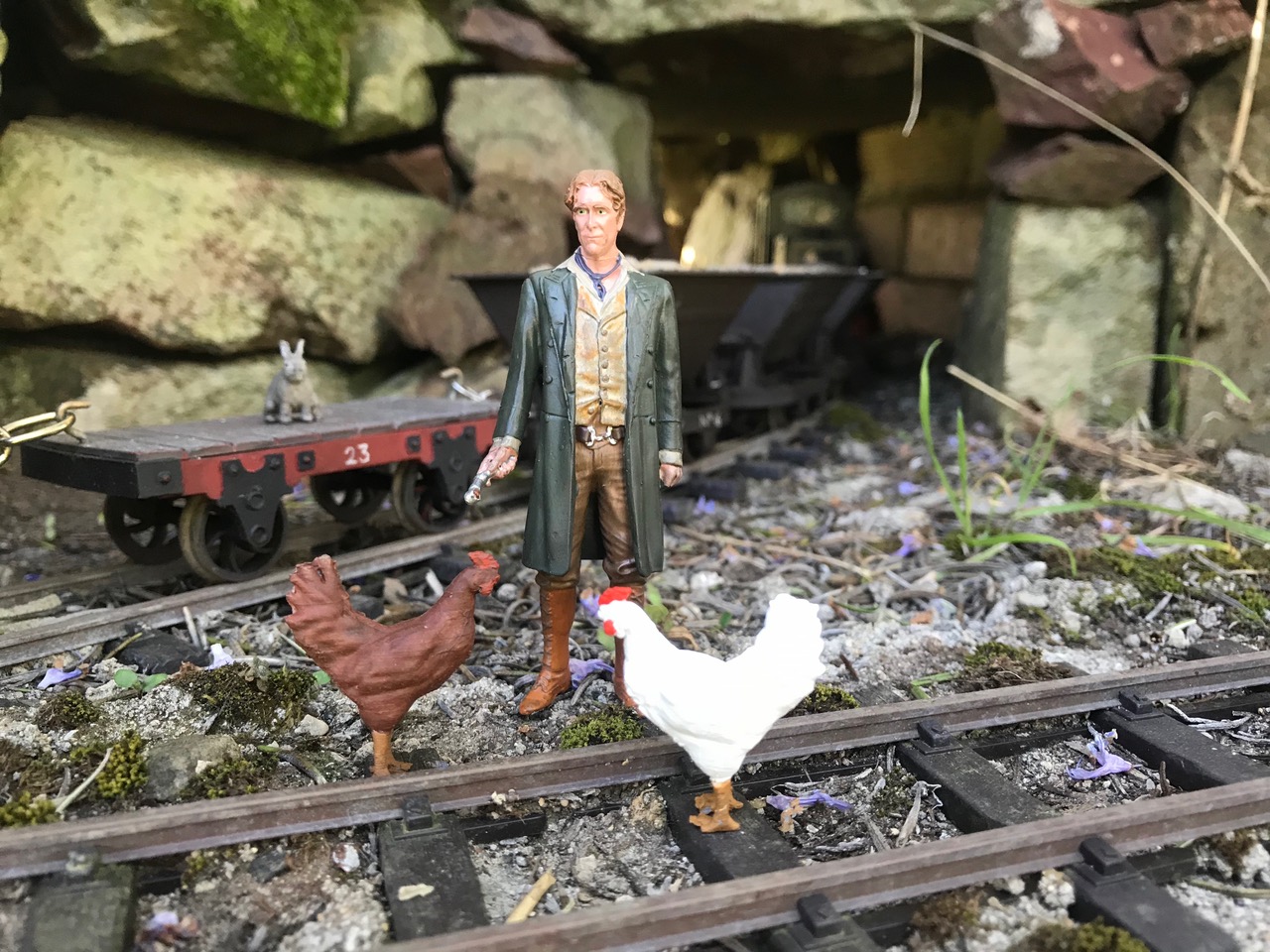 Having been shot in San Fransisco on the last day of 1999, the Doctor changed again, and later still he seeks escape from the Time War on the Moel Rhos where he is clearing the line of the chickens, who have to take care of egg delivery on the 364 days when The Bunny is not on duty. (I ran low on filament and rather than replacing the spool straight away or risking running out during a big job, I tried using it up by printing a chicken and when there was still some left another chicken, and then another… I now have 9 chickens, most still needing paint, and inspired by Peter I’m going to need to design a chicken wagon.) 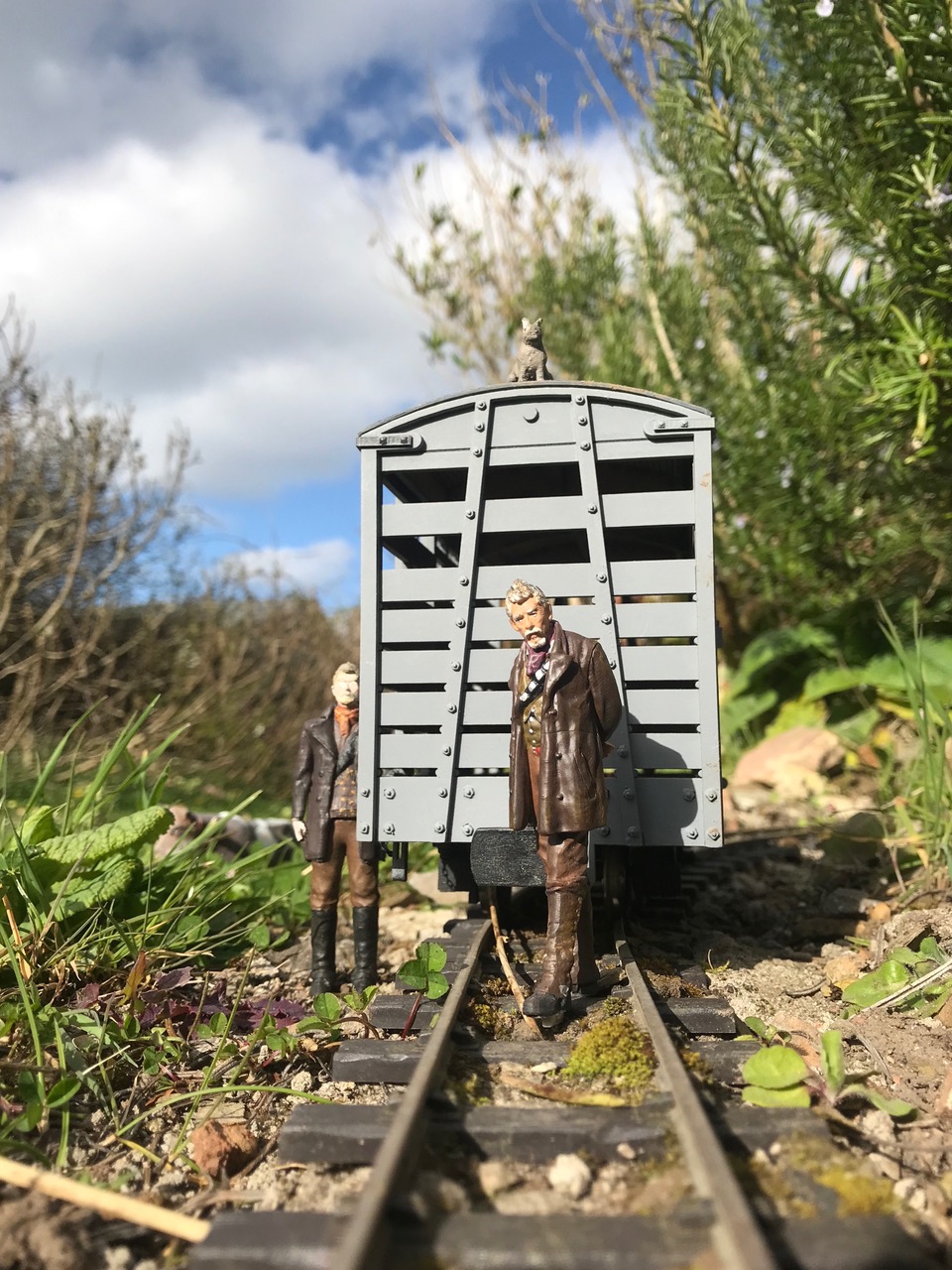 Finally, the Doctor, in the midst of the Time War, weary of the temporal flux created by the conflict’s multiple paradoxes, lowers his guard whilst visiting the Moel Rhos and is unsuspectingly about to fall foul of the Blinovich Limitation Effect…

2 thoughts on “Doctor Who and the Easter of Doom”