Also going through the Moel Rhos printshop today were various of bug boxes I’ve printed based on Andrewlongman’s Thingiverse drawing. I’ve taken his frame but redrawn the sides in Tinkercad to include some slightly different detail, or at least the first and observation (I will do my own drawing of the third too but haven’t got round to it yet) 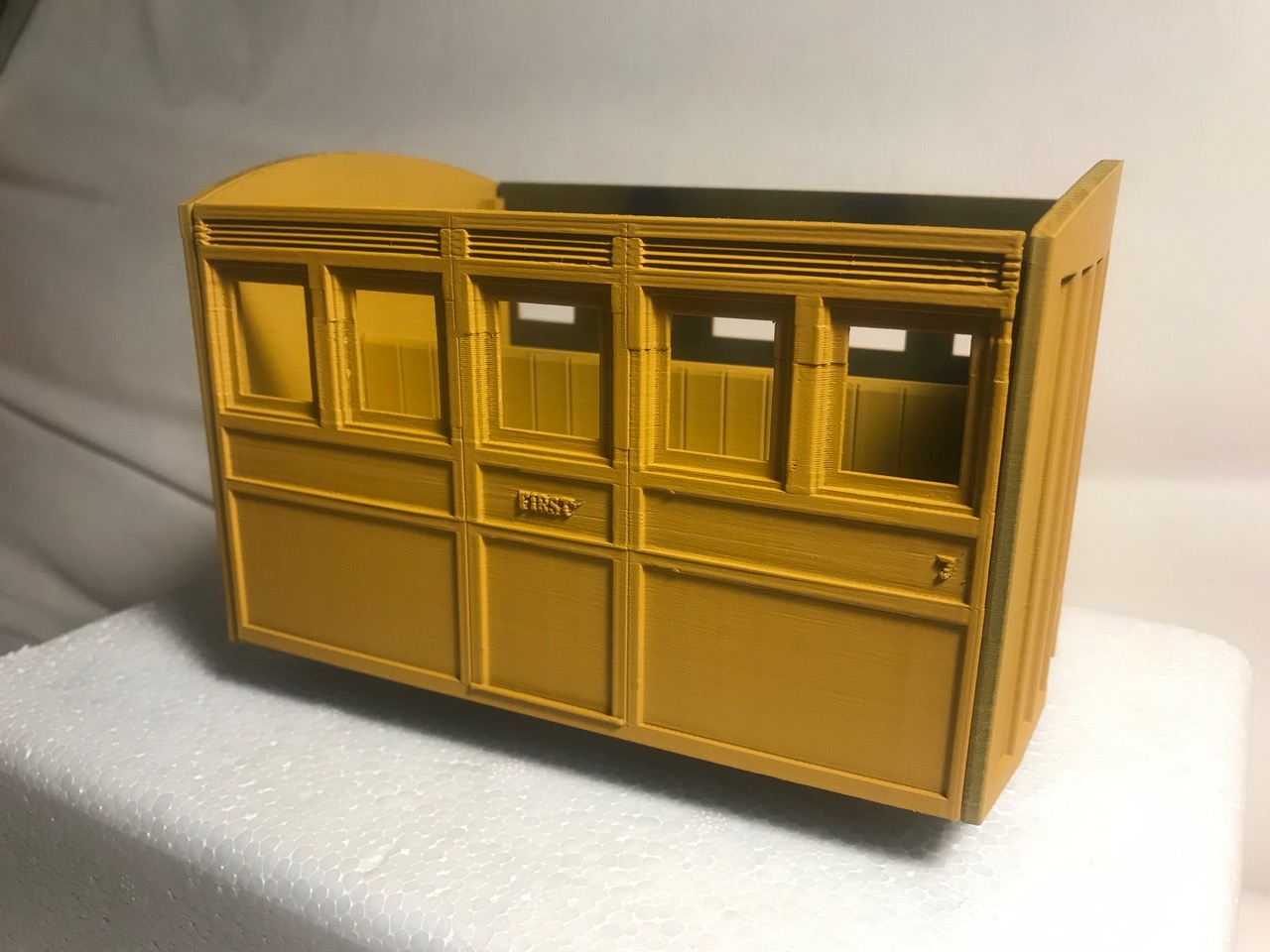 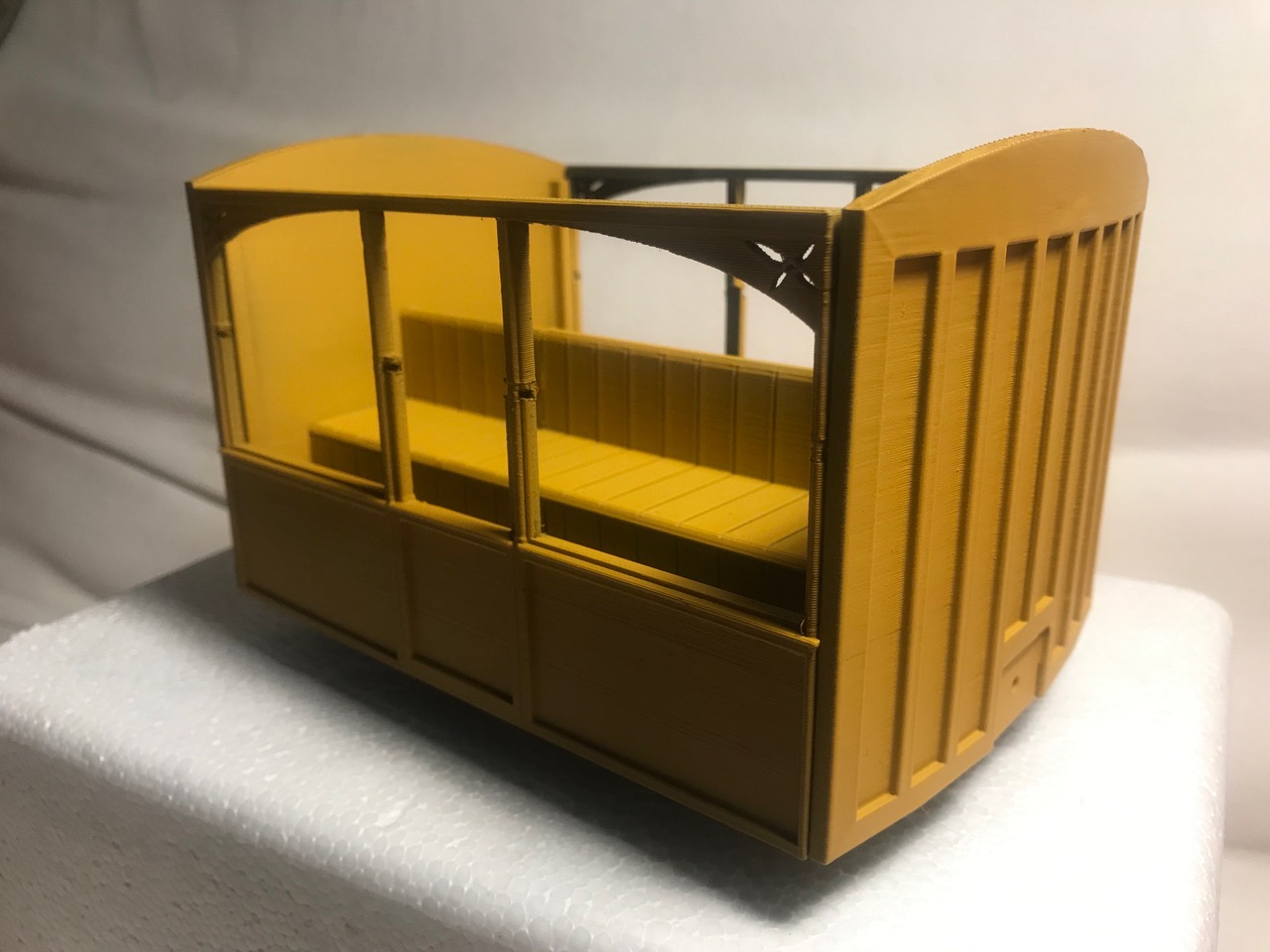 Likewise the observation. I’ve opted not to try to print the bar across the middle that supports the mesh, instead I printed a hole and I’ll insert a brass rod.

But then I’ve also gone and adapted the drawing to make a very approximate porthole bug box (yes, there are the wrong number of panels on the ends for the porthole carriage – but this isn’t the Ffestiniog’s coach you understand, it’s the similar vehicle commissioned from Brown, Marshall & Co. by the Rheilffordd Moel Rhos). 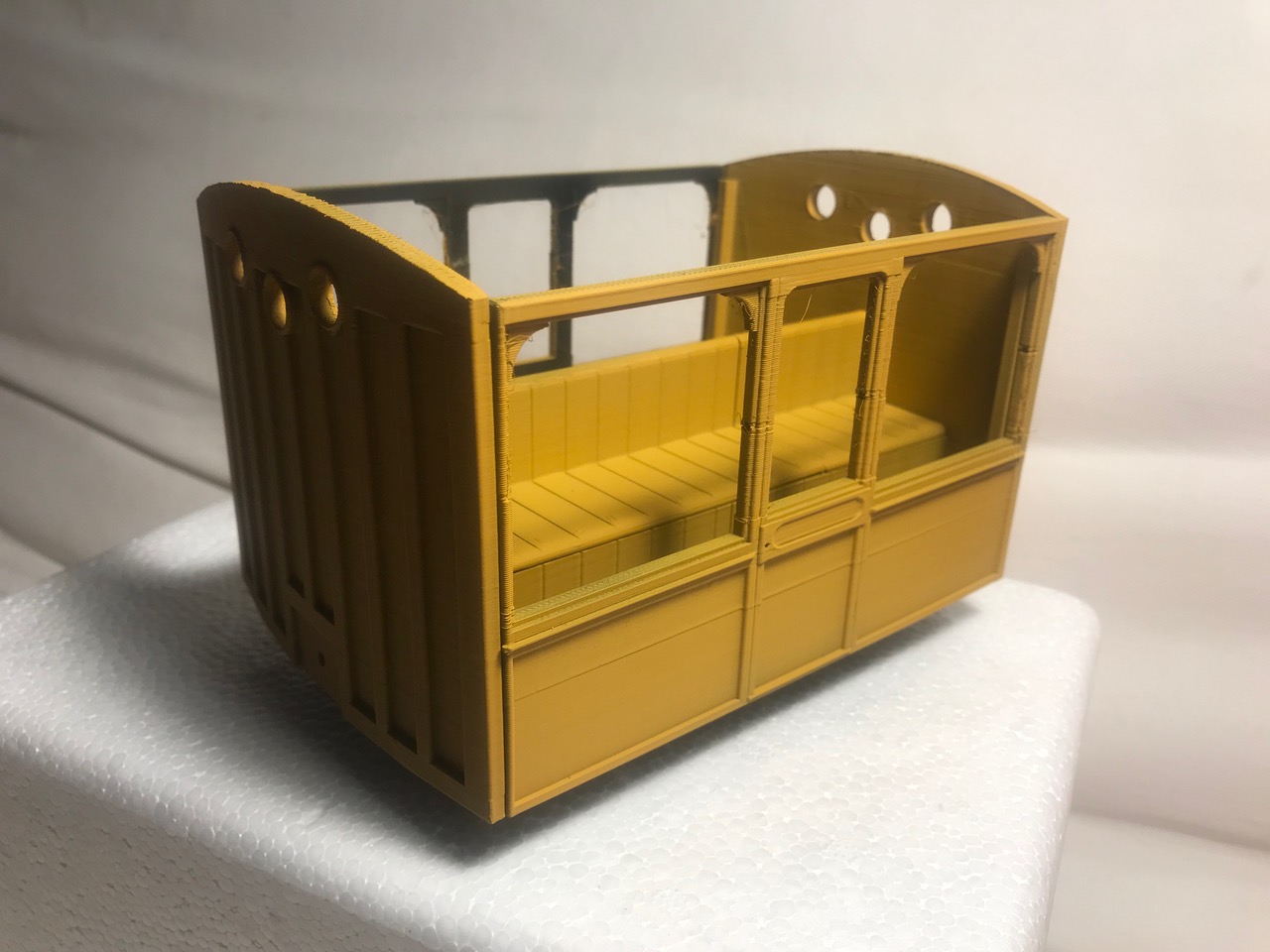 And finally, pushing Tinkercad to its absolute limits I mashed the frame around enough to come out with an approximation of the flying bench… 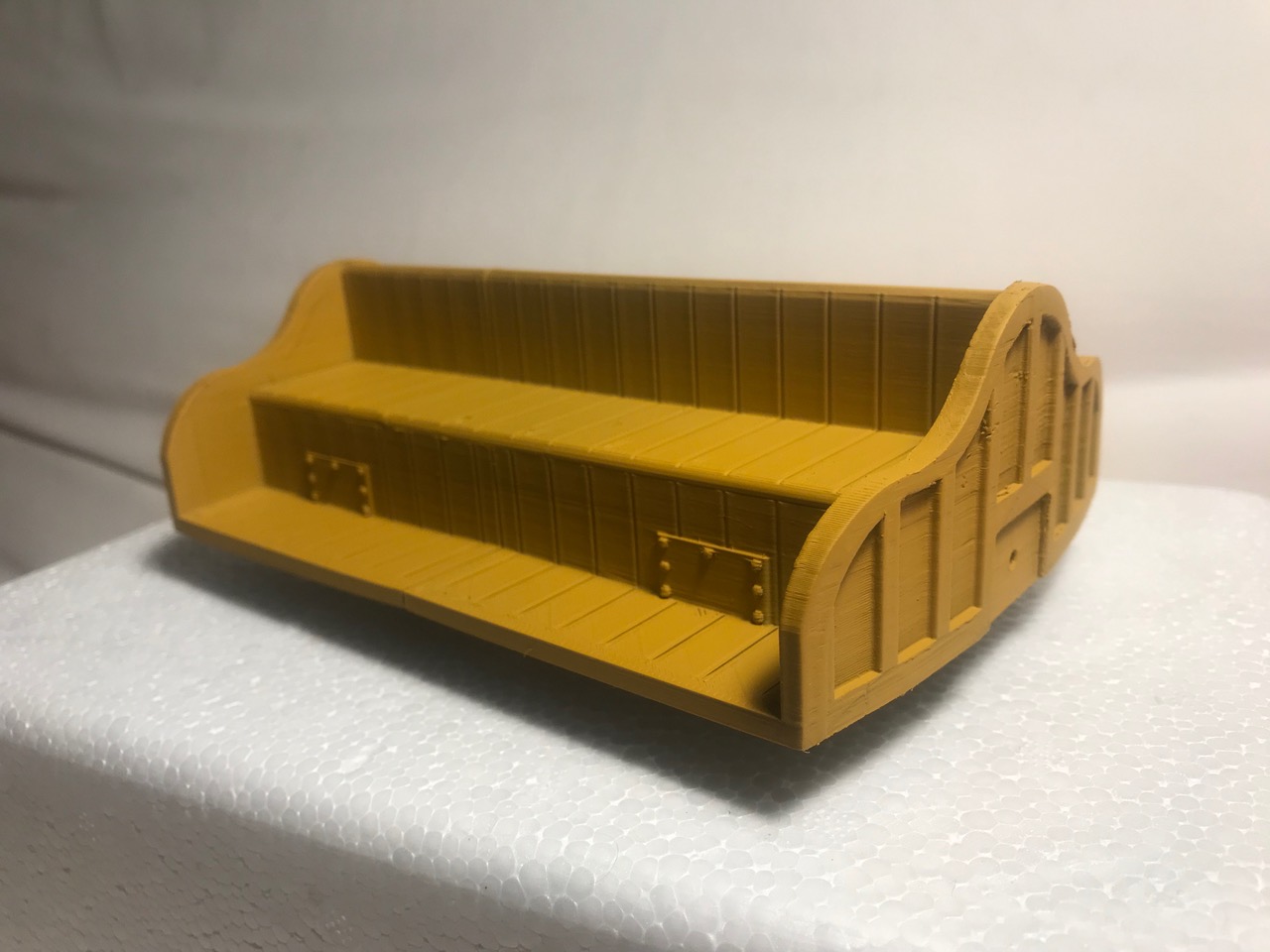