Some of the Tramway staff decided it would be a good idea to celebrate the 75th anniversary of VE Day with a bit of a bang! 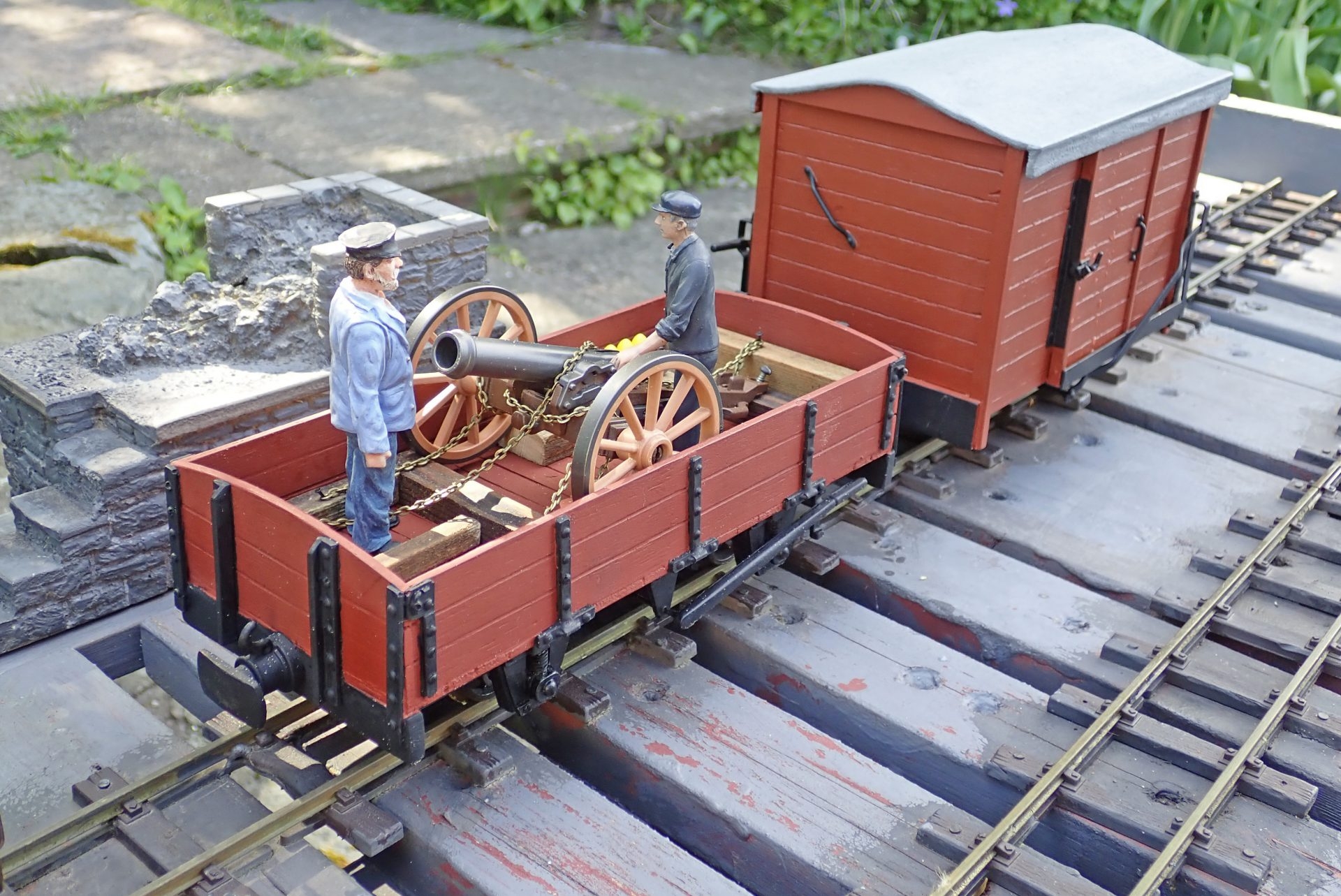 In this rural part of North West Wales finding any ex. MoD equipment to help was a problem but, after asking around, one of the local residents, who’s father had been in the Home Guard, produced this cannon that had been lingering in the back of her garage. Ideal, thought the crew of “Venus”, and they decided to take it up the line to find somewhere quiet to try it out!!!
Having borrowed one of the quarry gunpowder vans for the necessary explosives, the crew of “Venus” carry out a load check before coupling up.

Passing the local brewery, and in the spirit of the Home Guard, they feel the need for some “dutch courage” and stop the train to pop in.

Someway up the line they stop again at a convenient crossing point (it is a rural Tramway remember!) and leave the train to either (a) check if it’s quiet enough for a test bang; (b) find somewhere to get rid of the beer; or, (c) sleep off the beer in the sun!!!

“Venus” is a much modified Mamod with lots of Mike Chaney improvements and a body which is my interpretation of Spooner’s design for a shunting engine for the Penrhyn Railway.