The Leaquay and Wrotten Canal has a branch that terminates at the Lavan Road Canal Wharf to facilitate a goods interchange with the Sling and Lavan Tramway. When the canal was built there was an unreliable source of water feed at the summit and so the Engineer constructed a pumping station near to the wharf, where a good water supply was available to pump back up the system. For some unknown reason the Lavan Road pumping station is based on a Cornish Beam Engine design rather than the more usual canal pumping station designs.

In this instance, a ModelTown kit has been slightly modified to create a working model driven by an old single piston oscillating machine. The steam engine came from my father and, whilst of unknown heritage, has his hallmarks. It has a brass boiler, no pressure gauge and no boiler certificate! It still operates very well, although the belt drive and the burner are in need of overhaul/replacement as the burner has difficulty keeping up with steam demand at present due to the belt being rather stiff and tight.

The photographs show the process of removing the rear wall of the building to allow access to the machinery and firing up the beast!

From the outside the building looks fairly normal.

Removing the rear wall exposes the boiler and steam drive with a Meccano mechanism to attached to the beam itself. 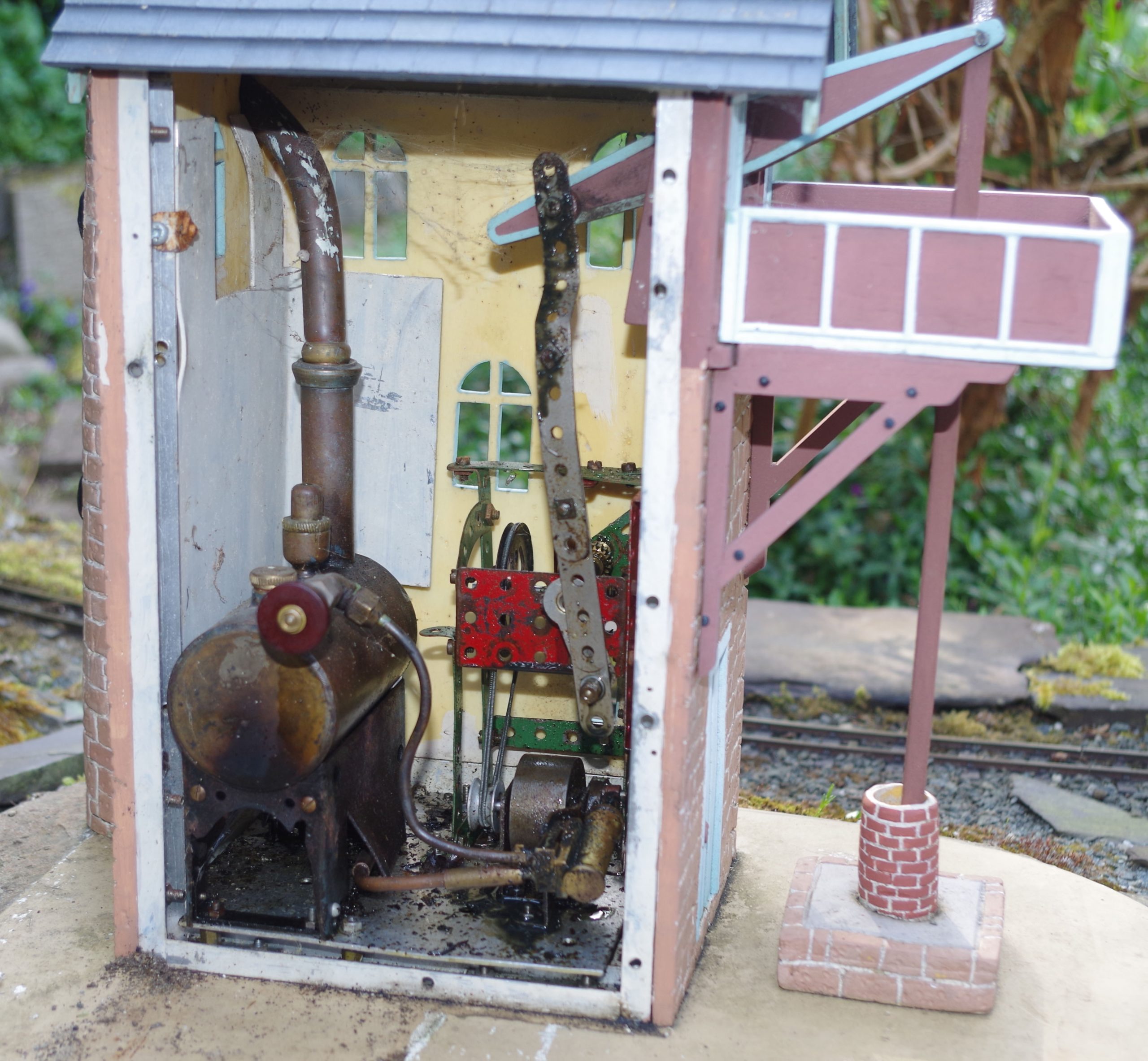 The regulator requires a Bakelite knob to be fitted after the wall is removed.
The boiler is filled, the burner is filled with meths, and a liberal sprinkling of oil over the mechanism helps to keep things going. 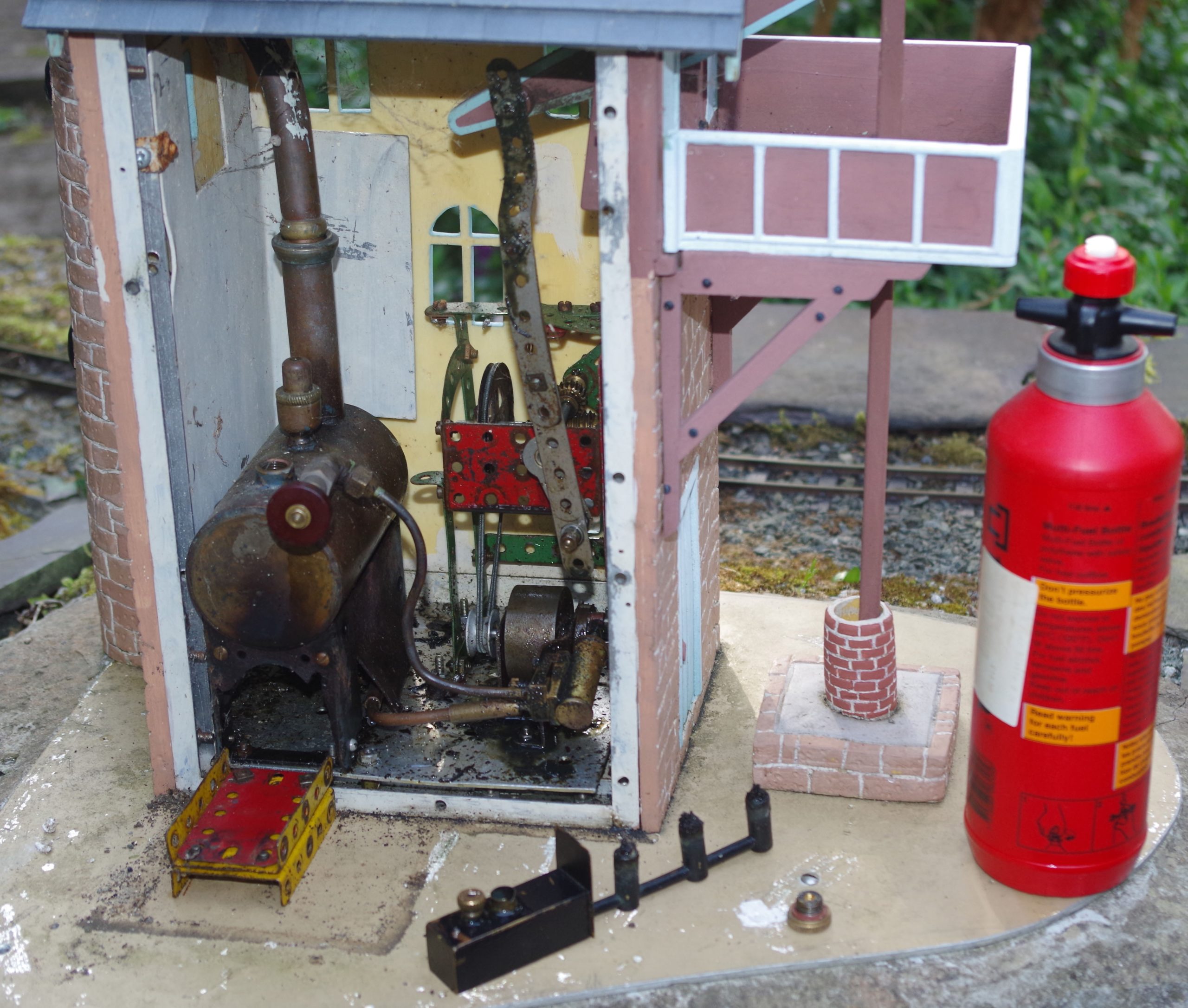 The fire is lit, and, as the boiler is large and the meths burner of limited endurance, it helps to top up the burner as we await steam pressure. 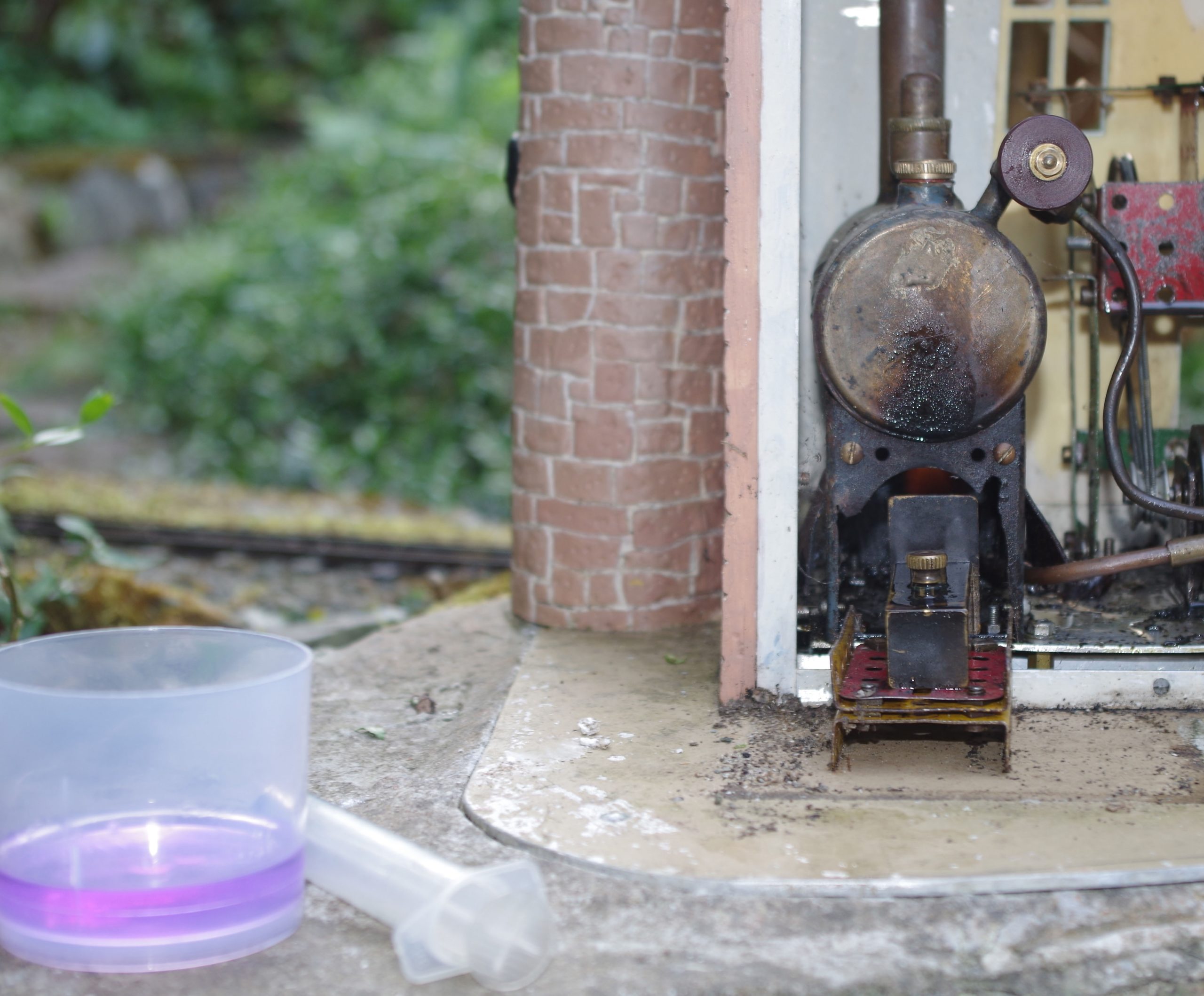 Eventually the steam pressure is raised, and as much by the sound of sizzling as sight, we know we are ready to go!
The results are better seen in action than in still photos:-

3 thoughts on “A line side amusement”