A picture of Porthmadog, finished apart from having a crew (painting figures is one of my less favourite tasks). She was last shown in late August last year when I was unhappy with the running, since then replacement nylon (instead of the original metal) gears have been fitted and she now runs well. Simon may be able to add a link of a piece of video of her running on my finescale O gauge test track a few days ago where she also pulled the two red coaches. The loco managed to run over the entire folded figure of eight layout with slight hiccups across the pointwork. The coaches could only manage the plain track. It occurs to me that the wall in the picture could easily form a temporary home to more sm32 track. If these three boards became the right hand end of an end to end run and a new set were made to form the left hand end having a platform and run round loop I could use two 8foot long straight boards from the O gauge test track as supports for some sm32 track mounted to plywood and make a couple of small angle bends to join it all up! 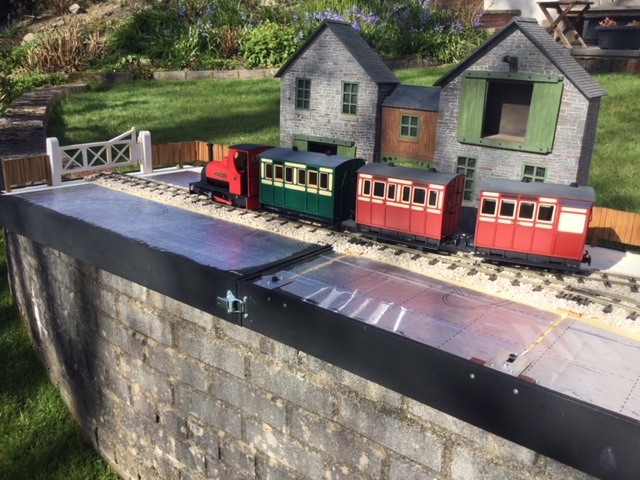