Like many narrow gauge lines, Rheilffordd Moel Rhos began as a goods line (carrying a mix of freight traffic including slate, coal and hot cross buns). But with the possibility of extra revenue from passenger carrying, the line acquired a second hand coach (Newqida with steel 32mm gauge wheels). Purchased at Exeter a couple of years ago, for various reasons it only reach Moel Rhos metals this season, and today it was out for its second run testing clearances. 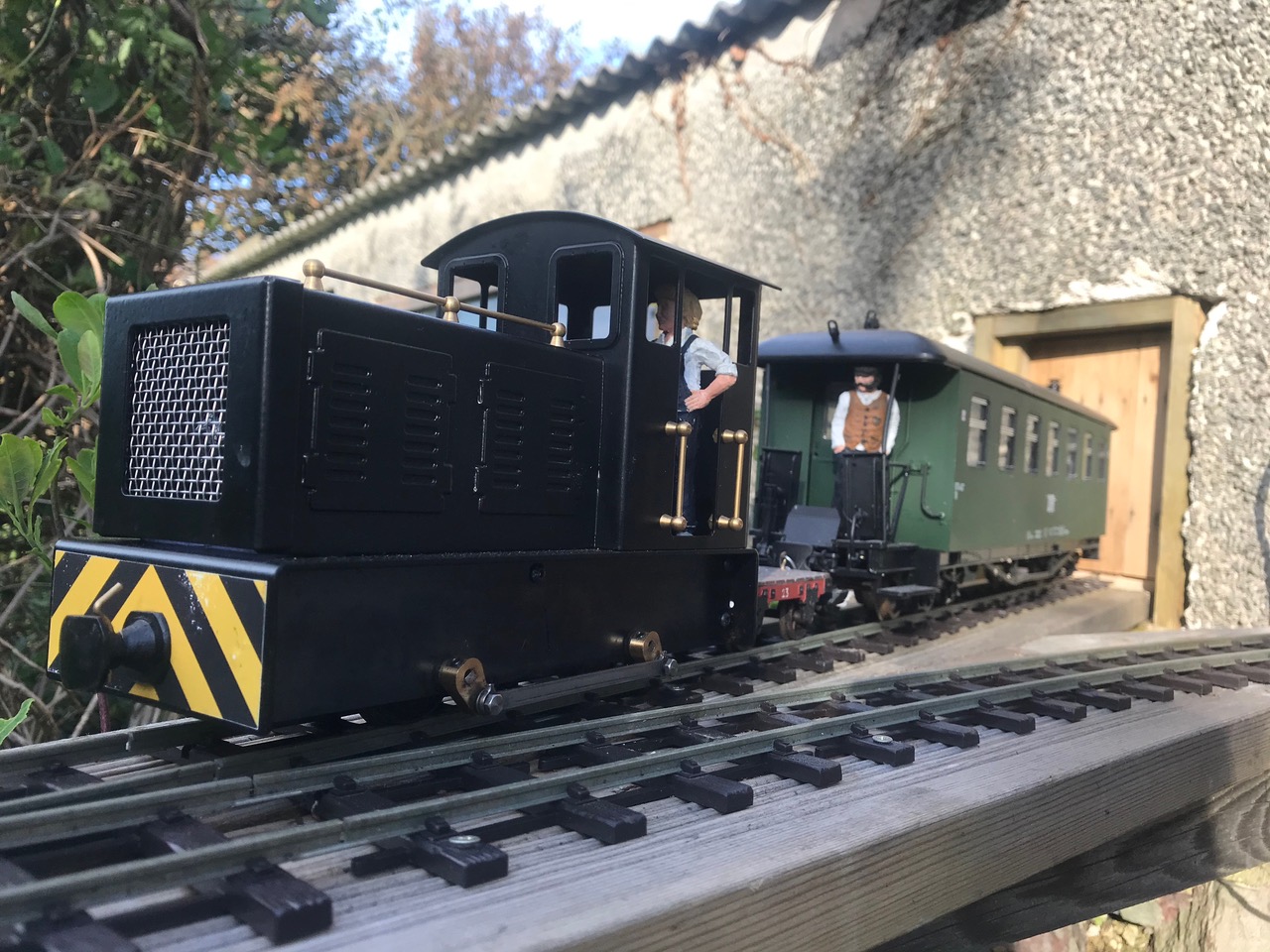 The flat wagon is there because the LGB style hook on the Newqida coach is too low to stay coupled to the Boulton.

I only plan for bogie stock to run on the (yet to be completed) large loop, as the small loop has a minimum radius of just over 3’ passing through two tunnels! So my main concern is that is passes through cuttings and tunnels on the line which is the only part of the large loop completed so far. 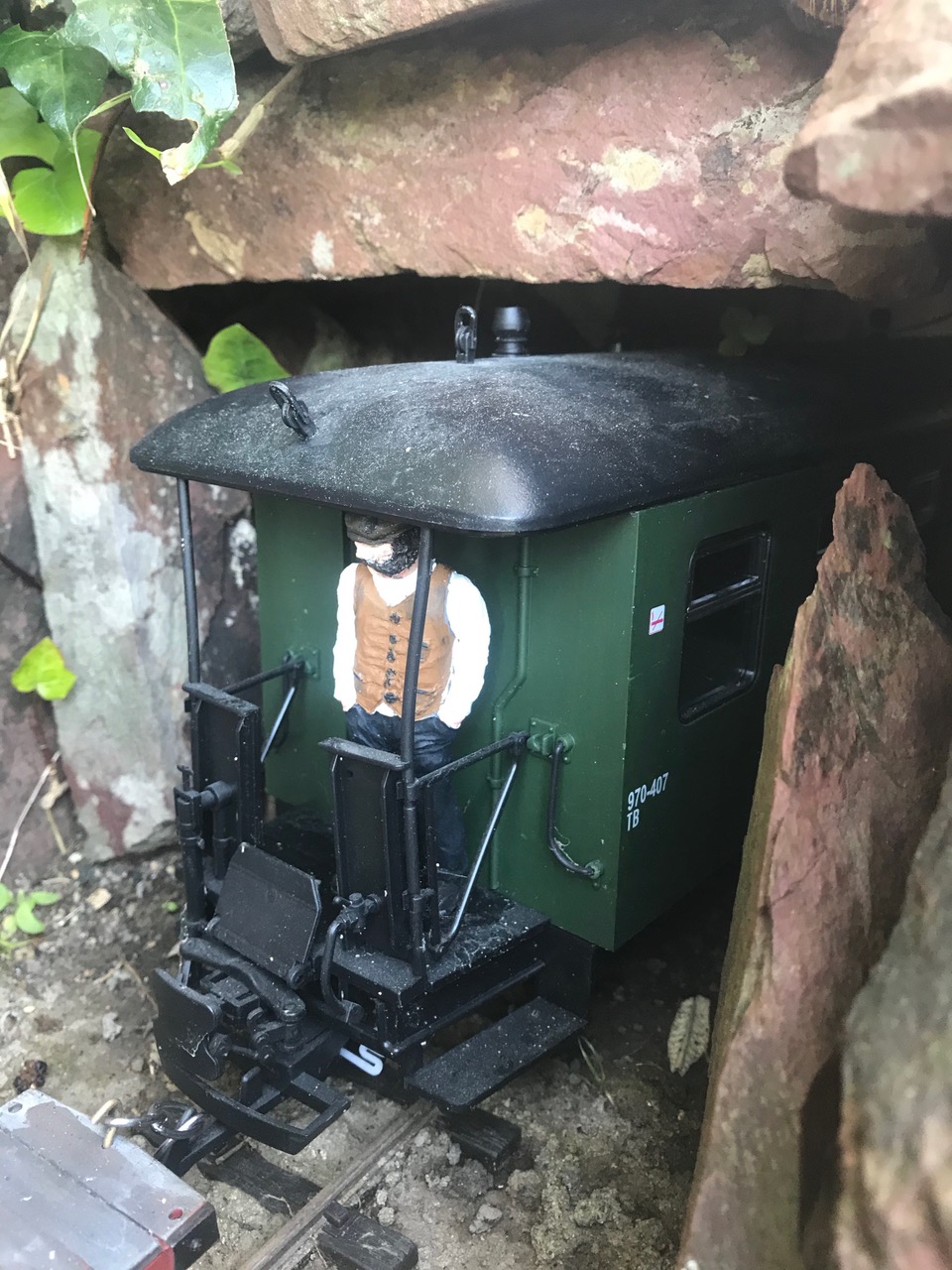 It squeaks through the tunnel with the narrowest of clearances – but an inch is as good as a mile (even if that is only an inch in scale terms). I had to remove some non-structural rocks that had been placed at the tunnel entrance for cosmetic reasons, but it’s through! 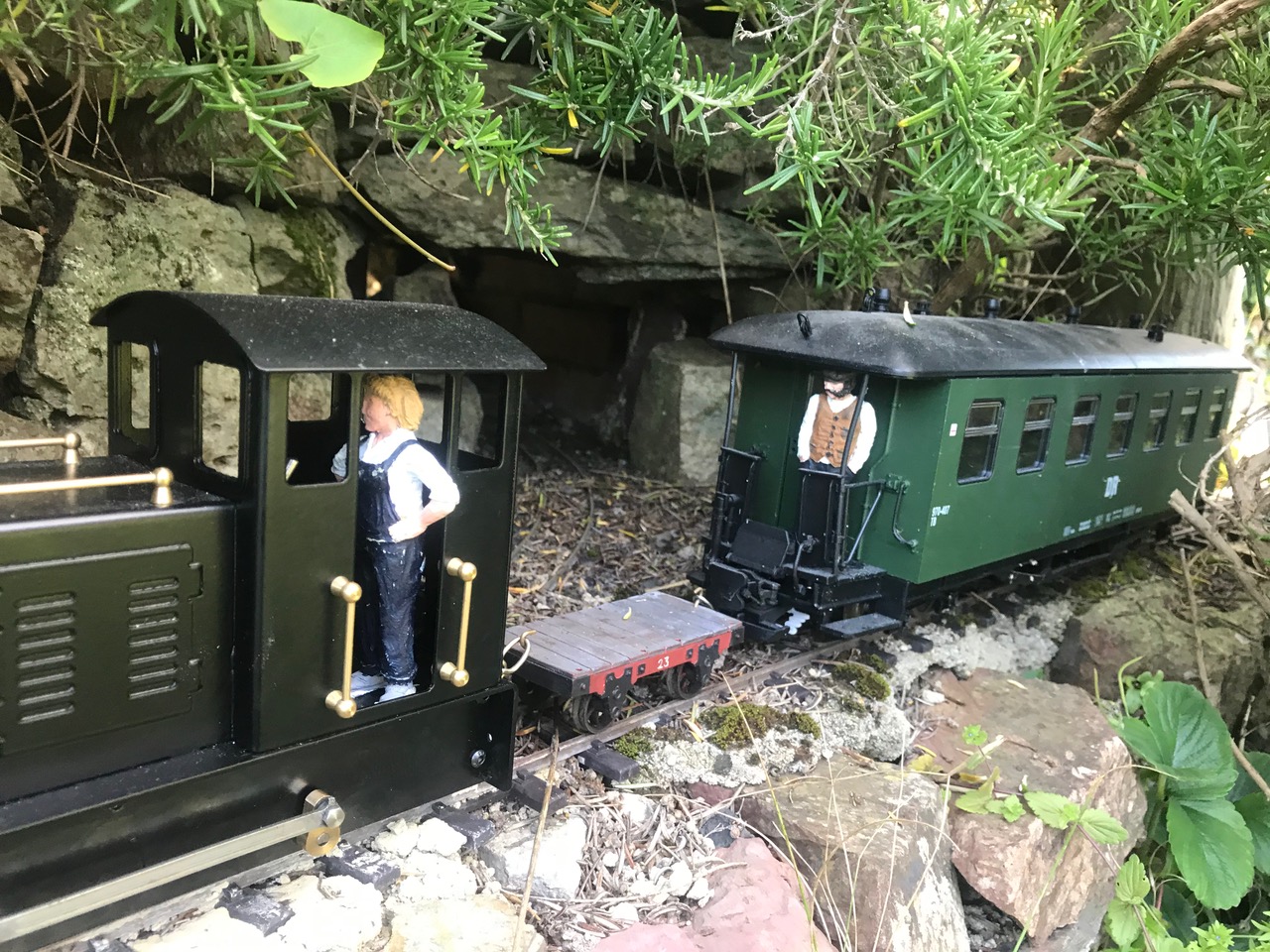 Clearance under the rosemary is less of a problem – it can be solved with secateurs! 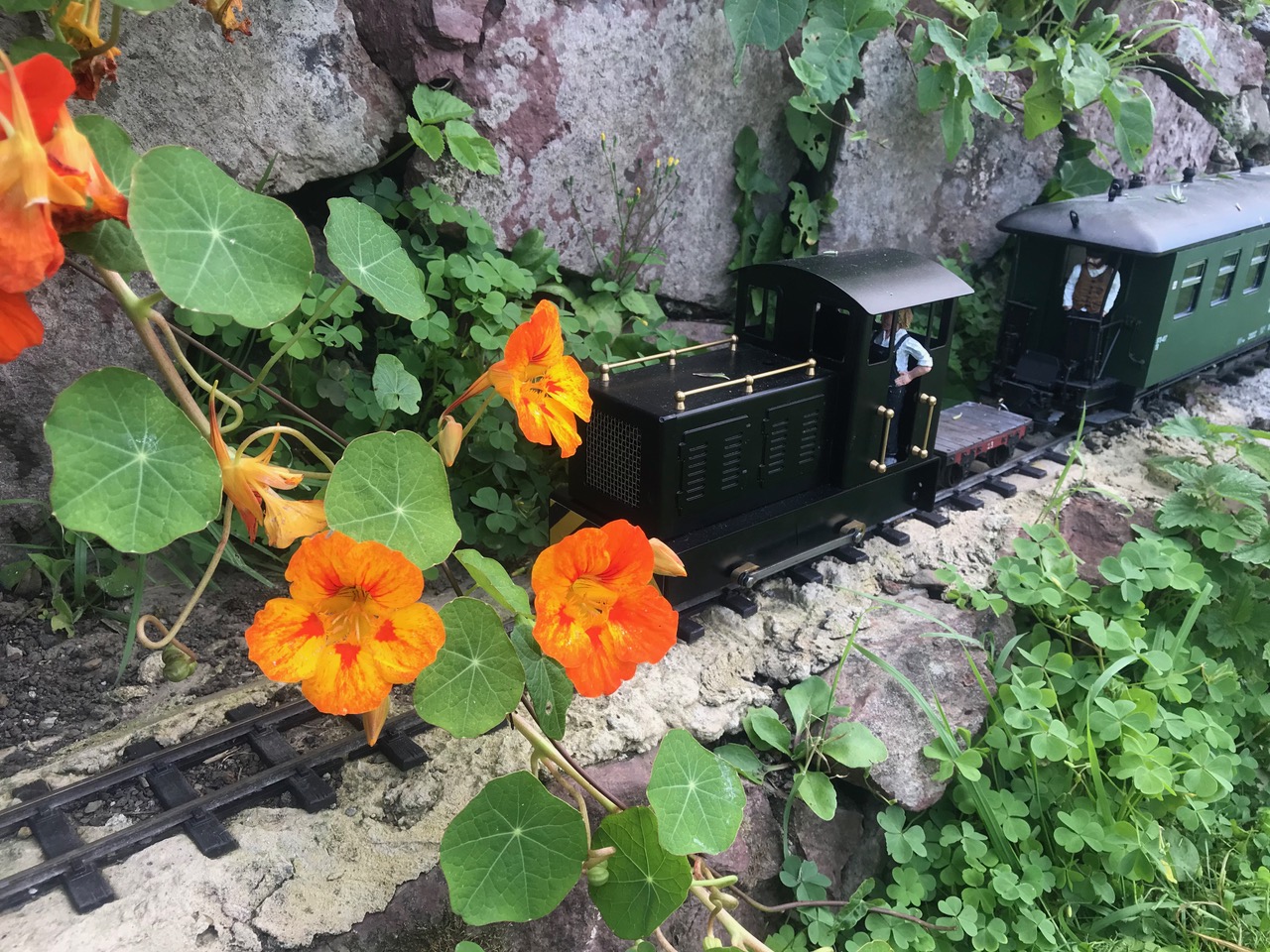 Uh oh. Mike warned me about this last time! 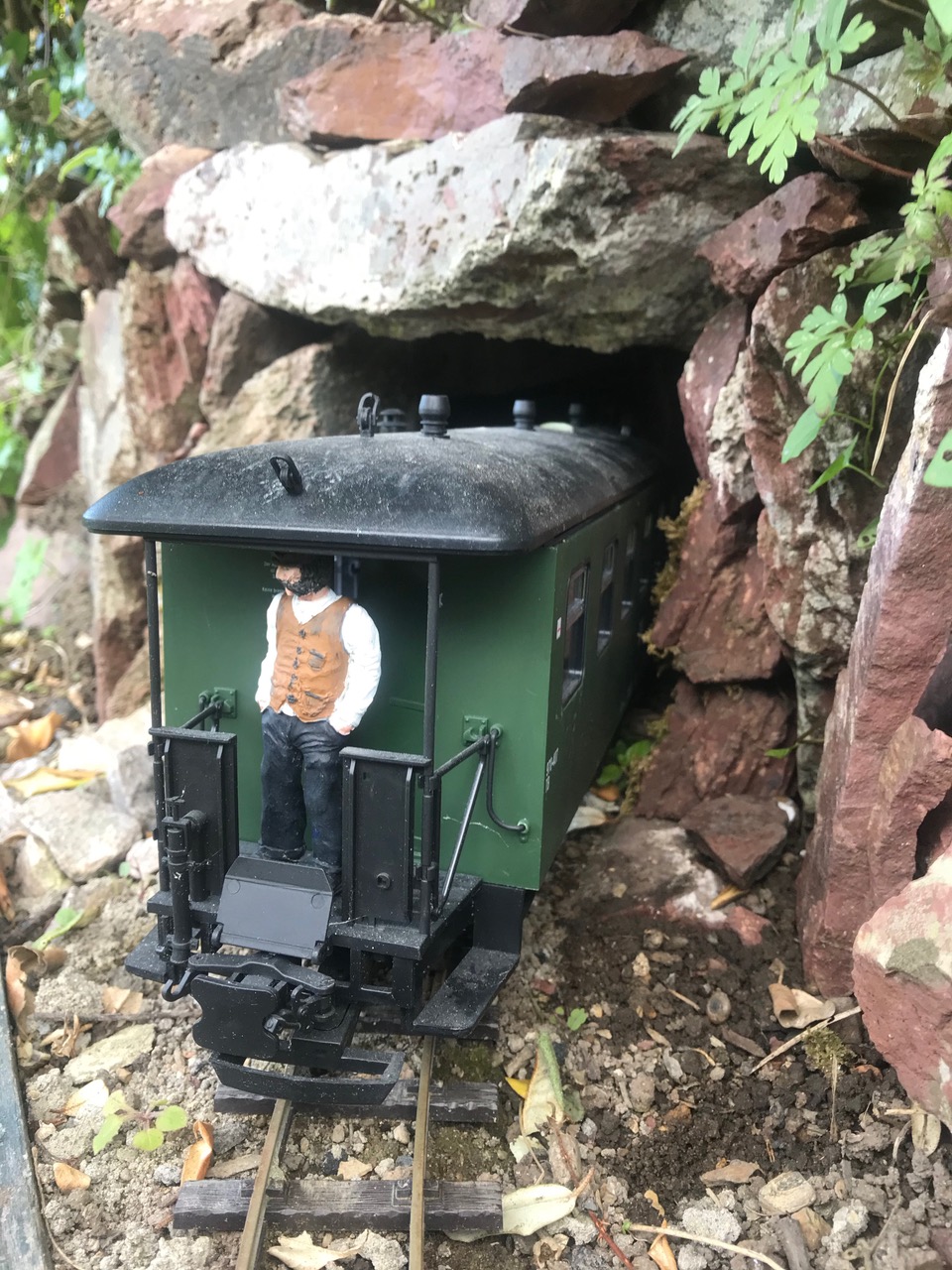 Just for the hell of it, I decided to test run through the tunnels on the small loop anyway. To my surprise, it cleared the first one! Again, it’s tight, but it does clear it. 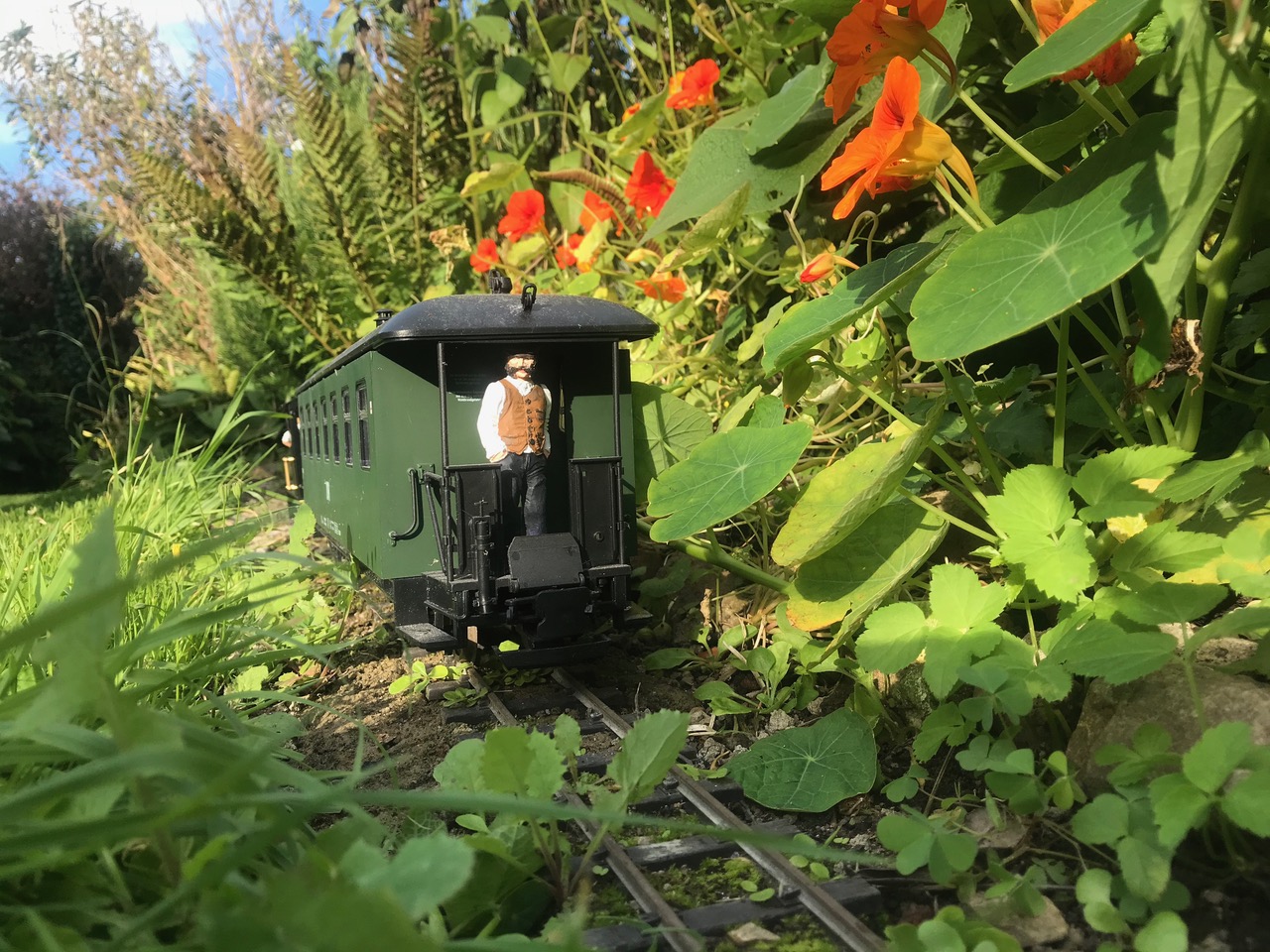 I hadn’t expected to be able to run passenger stock this far! 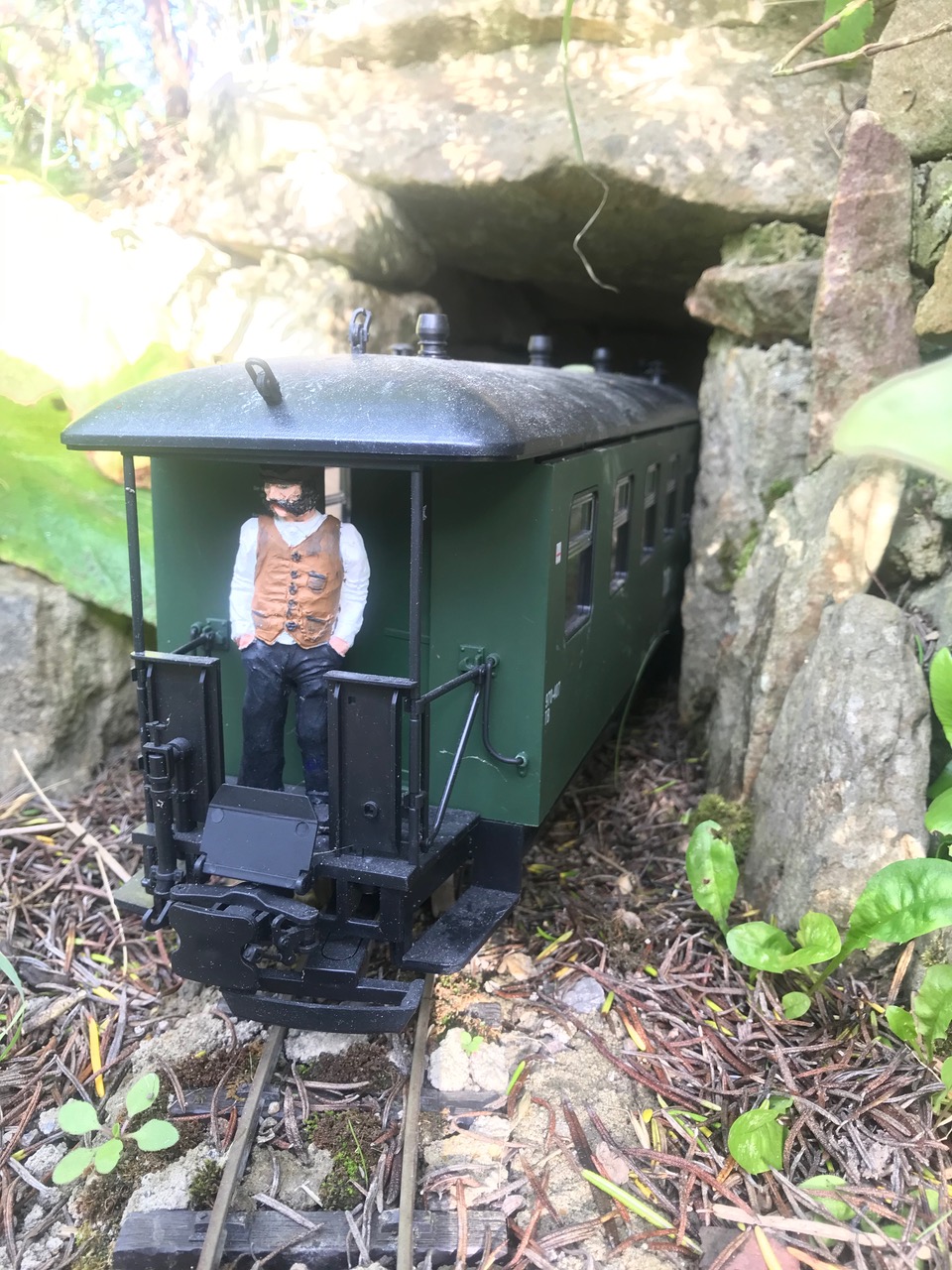 But – it jams solid in the northern tunnel! I may get the lump hammer and bolster out just to see if I can persuade enough rock to peel away to allow it through, having come this far…