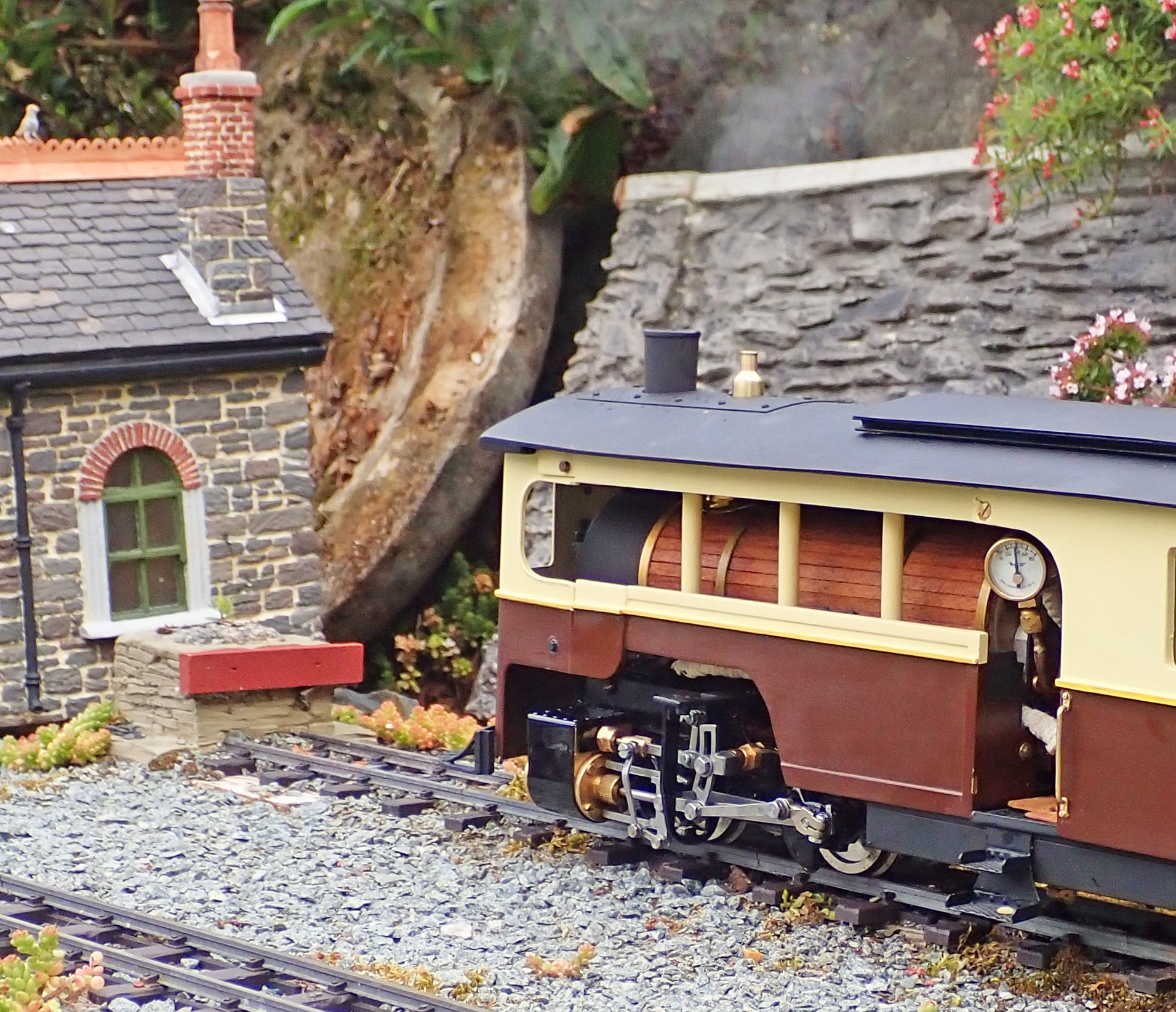 While the return loop at the top station of the Tramway is out of use trains have been running more or less in an end to end operational mode. A push-pull Railbus would be useful for passenger services in these circumstances, of course, and the Tramway has one, but it has been undergoing heavy alterations after failure of the steam drive. Recently it has come back from the workshops after a bench steam test and today was its first track test.

There were a couple of issues. The valve linkage caught on the rail at one of my points, showing up a slight “heave” on one branch of the point that will need attention soon. And, the reverser settings on the radio control were not right. The receiver has an old Andel Cruise Control fitted in the reverser servo lead so I don’t have to hold the transmitter stick all the time (I tried taking out the spring from the stick but it was then quite loose and wouldn’t hold it’s position). Either I’ll have to doctor the transmitter to put in a toothed control or have another go at setting up the Cruise Control adjustment.

But it was nice to see the Railbus and it’s driving trailer (which is still in the original livery) in the Bay Siding at Sling Uchaf again.

Must get the Station Staff to do some weeding there!

3 thoughts on “A Steam Test for the Railbus”