After all the wind, and after a period with only limited running, the track and line-side needed a lot of clearance work.
Once done it was time to try out the new track arrangement at the top station. With the wind still rather gusty and blown leaves still falling onto the track, it was decided that a heavy train and a radio controlled battery engine would be needed for the trial. “Sir Christopher Wren” was re-gauged for the job and, to enable a good test, a long mixed train was assembled to leave Lavan Road Station and head up the valley. 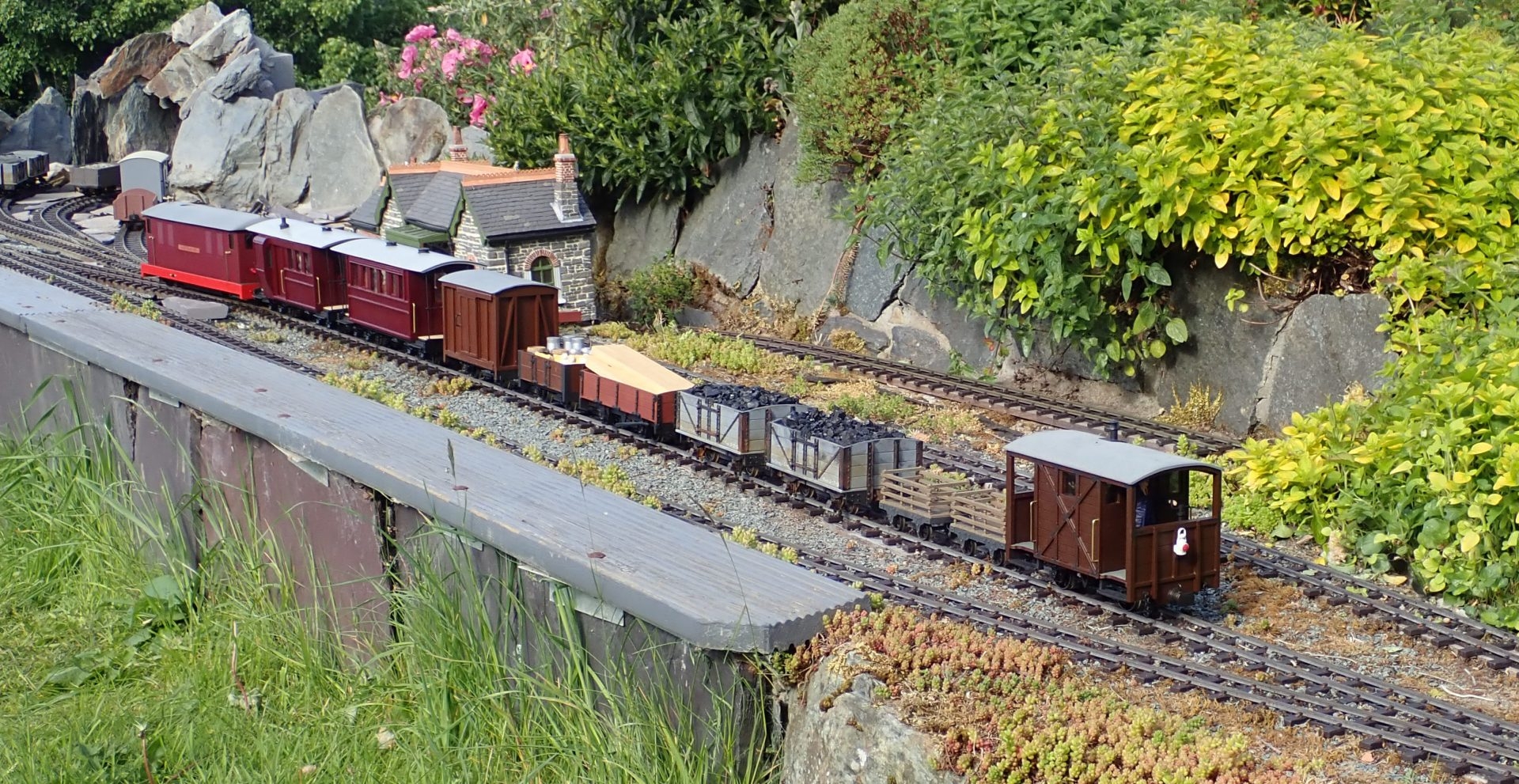 Arriving safely at the top station, the train only just fitted into the run round loop! 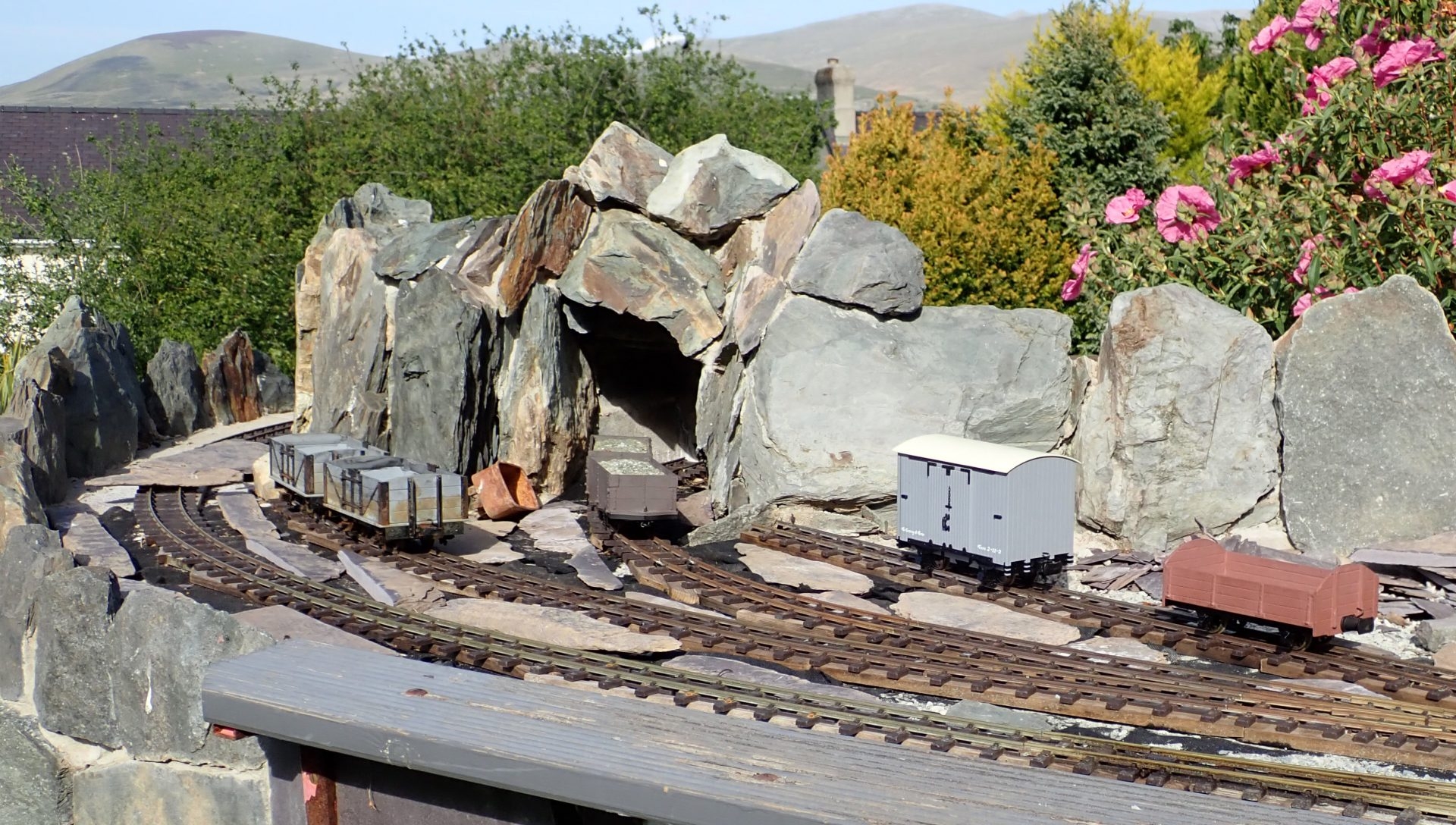 The sidings at Sling Uchaf already had rolling stock in them – empties awaiting return back down the valley and fresh granite destined for far away places. 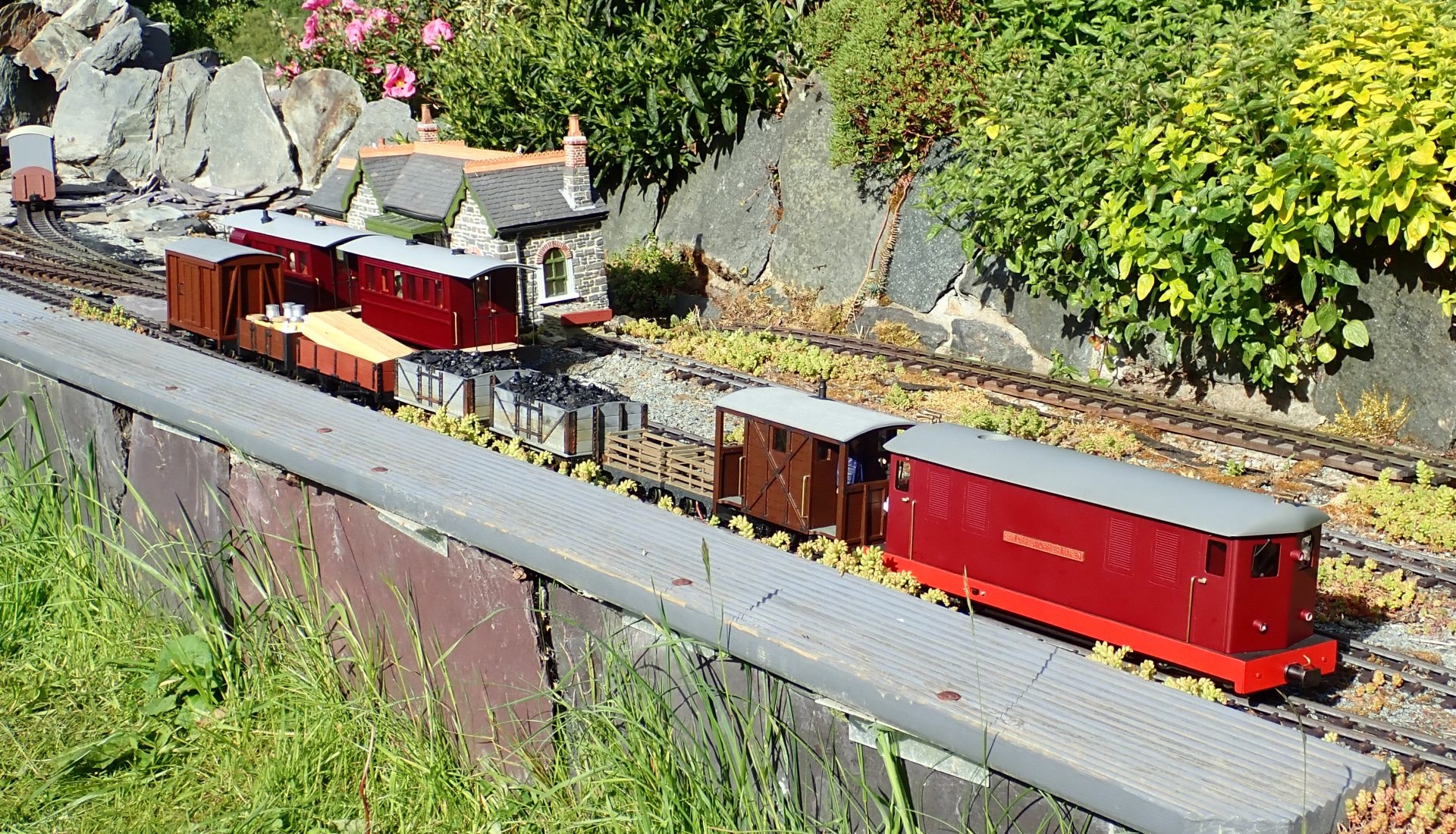 First job was to clear the loop of rolling stock, and so while the passengers alighted, the goods traffic was moved to the loop. 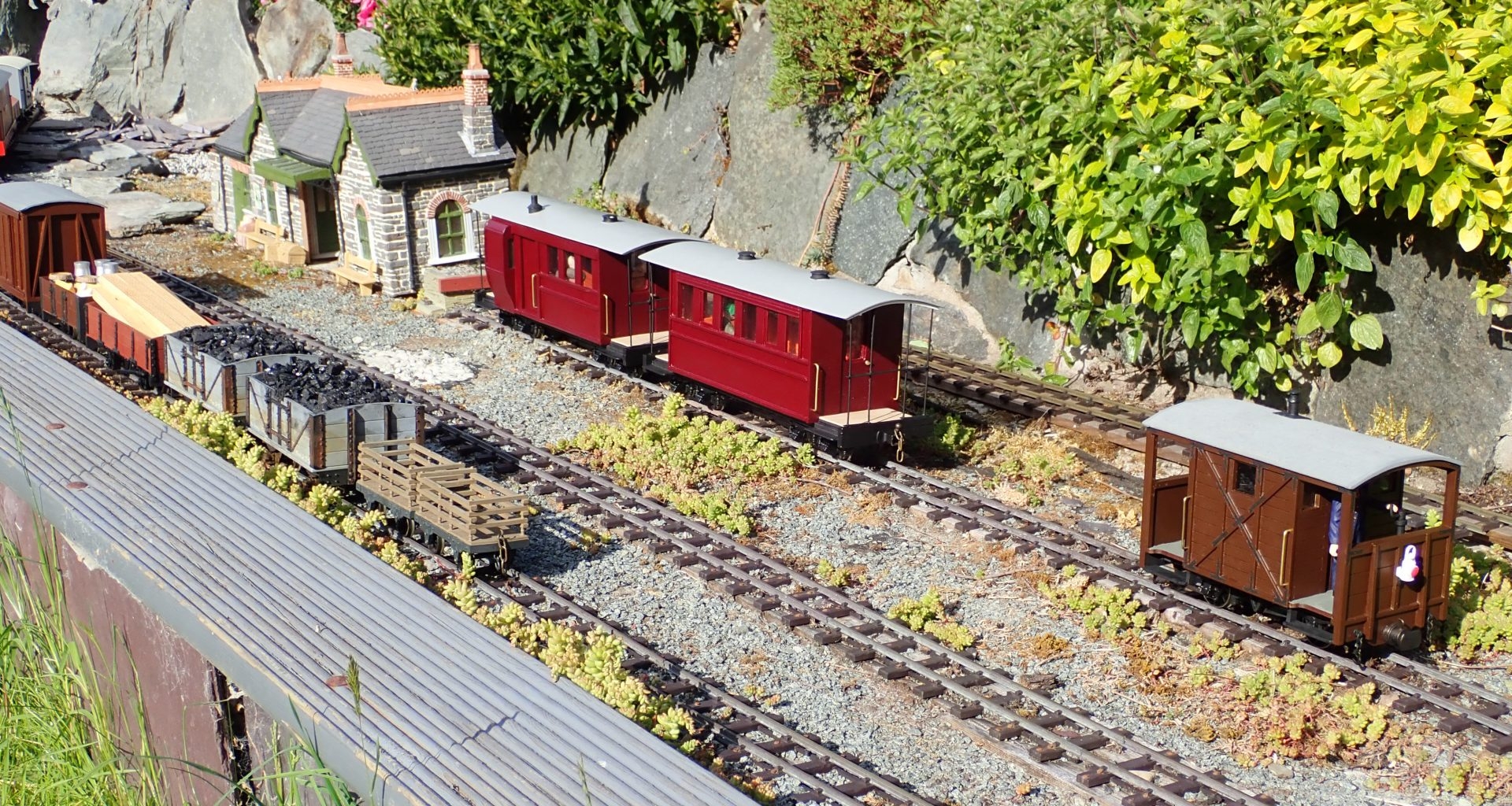 Then the coaches and Guard’s Van were moved to the bay siding. Now the goods wagons could be attended to …